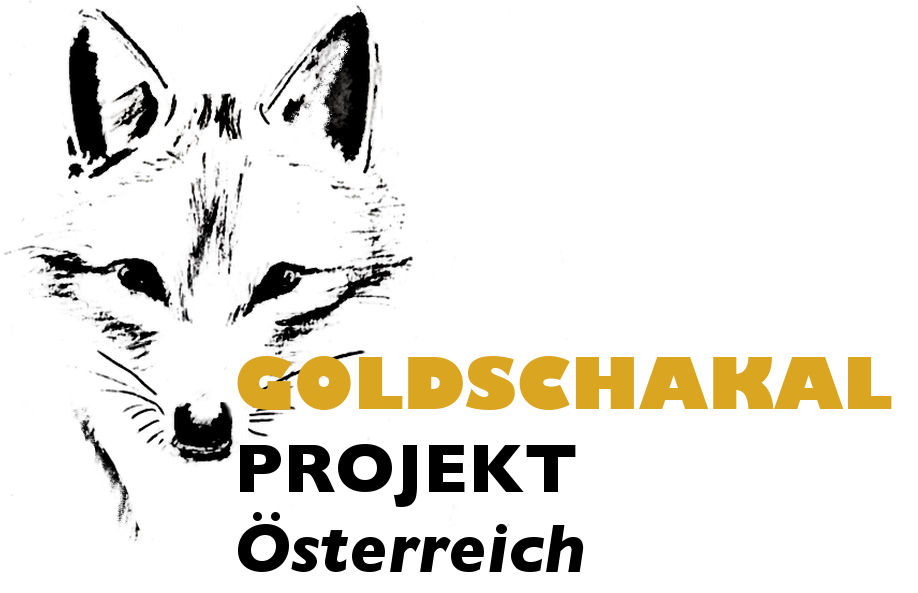 The golden jackal (Canis aureus) was not considered native in Austria, until the first golden jackal discovery was made in 1987, followed by sporadic records scattered over several federal states and in 2007 the first reproduction record was documented in the National Park "Neusiedler See-Seewinkel". Since then, rumours about camera trap pictures, fallow deer and one or two sightings have led to the assumption that these secretly living animals are present in some areas of Austria. In the context of the ongoing research project "The Golden Jackal in Austria", further evidence has been collected since October 2015. By means of acoustic stimulation in suitable habitats we carry out active monitoring and search for droppings and traces.

If you think you have seen a golden jackal or find a dog-like animal on your wild camera, please report your suspicion to us at: www.goldschakal.at, via the reporting form or by e-mail to the coordination and reporting office This email address is being protected from spambots. You need JavaScript enabled to view it.

Information about the golden jackal

The golden jackal is a very elusive animal and lives very hidden, at a first and only fleeting glance, the distinction to fox or wolf is sometimes not so easy - but on closer inspection there are a few clear characteristics.

With a shoulder height of up to 50 cm, a body weight of 10-13 kg and a body length of about 100 cm the golden jackal belongs to the medium sized predatory game. This makes it larger and also longer-legged than the fox, but considerably smaller than the wolf. Recognisable features of the golden jackal are, among other things, the fused bales of the two middle toes and the rod which is rather short in relation to the body (with 20-30 cm). Its fur is yellowish-grey (to reddish), dark in the area of the back and the tip of the tail, and golden on the sides and legs. His brown face mask is marked by a white pattern around the muzzle and on the neck.

Golden jackals killed on roads can also be entered in the Roadkill project.

Jennifer Hatlauf is a DOC-scholar of the Austrian Academy of Sciences. The Golden jackal project is supported by a bilateral "WTZ"- grant.