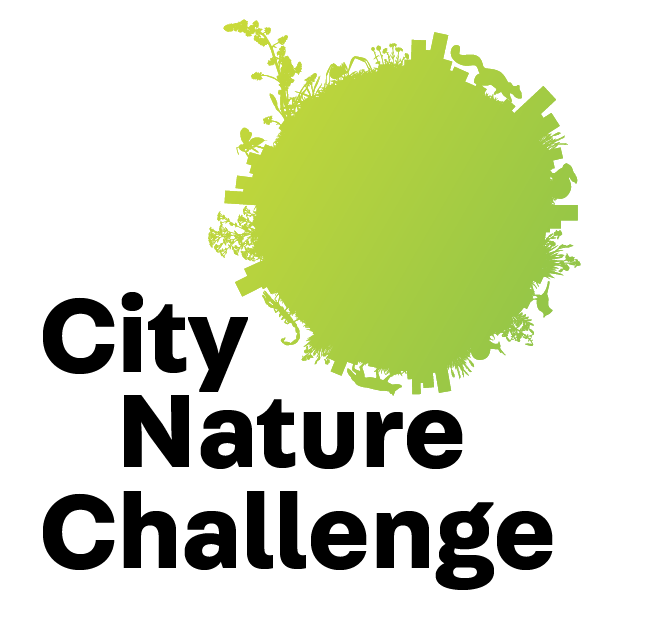 The City Nature Challenge (short: CNC) is an annual nature competition between regions that takes place in spring (usually at the end of April, beginning of May) and is held simultaneously in various cities and regions worldwide. On four consecutive days, people around the world document the diversity of wild animal, plant and fungi species in their region using photos and sound recordings and share them on iNaturalist. Together with others the observations are then identified to species level on iNaturalist.

The CNC was invented by the Natural History Museum of Los Angeles County and the California Academy of Sciences in 2016 and is organized by them since then annually. 2018 the CNC went globally, and hundreds of cities and regions are participating since then in this friendly challenge every year: Which region makes the most observations? Which region has the most species? Which region can motivate the most participants?

All observation of wild organisms in the participating regions count!

The aim of the CNC is to reacquaint people with their local biodiversity, to arouse curiosity and to discover nature on their doorstep. You can use the observation platform iNaturalist to exchange ideas with other nature lovers and learn and improve your knowledge of the species by identifying species together with others. This data helps research, administration, and nature conservation: it contributes to a better understanding of the status of species and their distribution in Austria. Due to the large number of observations, robust data on phenology can be obtained, area expansions of invasive species or of rare/sensitive species can be detected, and rediscoveries and new finds are also possible.

This year the City Nature Challenges takes place from April 29th to Mai 2nd 2022 and 12 regions in Austria are participating in this international ‘bioblitz’.

Everyone can participate in the City Nature Challenge! No registration to the project is necessary. All you need is a camera (smartphone or digicam) for making photos and a free iNaturalist account for uploading the photos.

Now, simply take photos of wild animal, plant or fungi species between 29 April and 2 May 2022 in the participating regions and post them on iNaturalist. That is all it takes for your observation to count in the City Nature Challenge!

You can also help identify species on iNaturalist submitted during the CNC. Or simply tell your family, friends or colleagues that the CNC is happening in their region.

iNaturalist is a citizen science platform where everyone can post images or sound recordings of their species observations and identify it together with other users. It is run by the California Academy of Sciences and the National Geographic Society. Beside the documentation of biodiversity users can also get in exchange with each other over the platform. In addition to documenting observations of wild organisms, the platform is also used for exchange between the users themselves.

What’s with the data?

Further information on the City Nature Challenges in Austria and how you can be part of it can be found on our project website.

Information on the official international project can be found at www.citynaturechallenge.org (in English).

The City Nature Challenge is organized on a global scale by the Natural History Museum of Los Angeles County and the California Academy of Sciences.